Pressure For Pics In The Pandemic 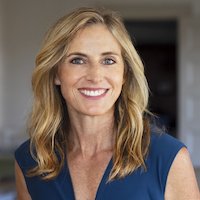 Pretty much every parent I talk with shares my sadness and concern about our kids and teens’ social isolation during this pandemic. On top of isolation from friends and all the obstacles to making new friends, there is the whole world of romantic relationships and sexuality — flirting, wanting a boyfriend or a girlfriend, wanting to be desired, wanting to hold hands, wanting to kiss, and of course the list goes on and on.

Youth are being resilient, and many are nourishing relationships in safe ways, both in-person and online. Yet, as always in our tech revolution, there are concerning issues as well, and one such example is how young people can be pressured to send explicit images and videos.  While we have yet to have peer-reviewed journal articles on how COVID has affected rates of such requests, we know from past studies that it is a fairly common occurrence. There is no reason to think now would be any different could well be more prevalent than before.

No matter if your child is 9 or 19, talking about such topics can feel uncomfortable as a parent.  Even if you are comfortable leaning into such topics, sometimes your leaning in makes them run in the other direction. Sound familiar?

Today I share a section from my book, Parenting In The Screen Age:  A Guide For Calm Conversations, about talking with our girls and boys about the ways girls (but also boys), get asked for sexually provocative photos and/or videos of themselves.  The real-life stories shared by young people in this TTT can foster substantive discussions in your home.

Sexual exploration is a natural part of growing up, which is so much about being seen as cool and desirable by peers. Girls get a lot of attention for looking “sexy.” Now with social media, they can also get unwanted solicitations.

I hear from some preteen and teen girls that boys have asked them or their friends via social media to send nude pictures called “pics.” Before we delve more into this, I want to say that there are also many tweens and teens I talk to who say they have not encountered this, like this high school senior who told me this:

“With regards to sending ‘pics’ and all of the stuff along those lines, my friends and I have been extremely lucky with nothing bad happening to us. For me personally, I never ever wanted to send anything because I was always taught ‘post with a purpose.’ I think it can be super easy to think that by sending a photo to one person, it will stay with that one person. And maybe it does, but once the picture is sent, it is thrown up into the cloud of all your social media history. I have always been extremely hesitant about sending anything because if the chance that my social media information was breached and became public, I would never want anything bad to be put out.”

The sad reality is that this can and does happen. This is something that a high school girl shared with me regarding her younger sister. She told me:

“When my sister was in seventh grade, she was pressured by a guy to send a bare chest photo, and the boy saved the photo without her knowledge. Nothing came from it until mid-eighth grade, when an anonymous Instagram account, @hername_nudes, was made.  They had posted the photo publicly with her tagged. They then started threatening her through Instagram DM, saying they were going to request to follow everyone she knew so then they would all see. My sister had to get my mom and the school involved to be able to pursue further action in order for it to stop. She has never sent anything since and still feels personally invaded and sad from the situation.”

I feel deeply sad for the few girls I have heard of this happening to over the past years.

When girls get asked to send photos, they can feel extremely pressured, especially when asked repeatedly for them. They may also get a threat stating that if they do not send the photo, there will be rumors spread about them. Another scenario is when someone receives an explicit photo of a girl and then uses the image to blackmail her.

Let me share another story about a freshman boy who tried to use a photo as a tool of blackmail.

In this situation, the boy (I will call him Jim) asked a girl (I will call her Julie) over social media to go out with him. She knew he had a girlfriend, and she was upset that he asked her out. She contacted a friend to talk about the situation and get advice on whether she should tell Jim’s girlfriend.

Later, Jim heard that she was asking for the other girl’s advice. He was worried that this would get back to his girlfriend. In what I imagine was a poorly thought-out move of desperation, Jim sent a nude girl’s selfie holding her arm over her breasts to Julie. You couldn’t really make out the face in the photo. Jim said he would tell everyone it was a photo of her and that he would disseminate it if she didn’t say she was lying about him asking her out.

Julie saw that given the strange angle of the photo, it could actually pass as her. She became really upset — she was 100% sure it wasn’t her. She had never sent anyone such a photo. She was furious and scared that he was threatening to broadcast it out.

The girl told her parents, and they went to the school counselor. The counselor worked with Julie to support her and make sure she felt safe. The counselor and others at the school talked with Jim and his parents. They also spoke alone with Jim so that, like Julie, he could open up about his feelings, regrets, and so forth. He was suspended from school for a few days.

I share that as an example of a high school story that is not too extreme. There are several stories of situations that are much more upsetting.

Sextortion is when a person has an image or video of someone and threatens to circulate those images into the public if certain things are, or are not, done. I know of situations where older teens used images to get other teens to do sexual acts. These situations are rare but, of course, heartbreaking, and we want to prevent them in any way possible.

What can a parent do?

Let me share this advice that came to me from the older sister who shared her sister’s story above. Reading this to your child can be a great way to impart ideas without them coming from you. This 12th-grade girl wrote:

“I would tell your child that even if whoever they sent it to doesn't screenshot it, that doesn't mean that another picture wasn't taken on another device. I have heard many stories of boys taking pictures of nudes from their iPads, computer photo booths, or a friend's phone. My last little bit of advice is that if a girl decides to send them because we know that what you say won't always stop them, NEVER INCLUDE YOUR FACE IN THE PICTURE. If a nude has the person's face in it, then there is no way that if the picture is leaked, it can be denied. I can not stress it enough. Do not include your face within the picture because that is only giving more ammo to the person receiving it.”

The more we can let our girls and boys know that we want to support and help them first and foremost, the more likely they are to come to us for help when they need it. Rather than allowing ourselves the knee-jerk reaction of a freakout, we will work to stay calm, see things more from their perspective, and take a 360-degree view. Sharing our goal to support them several times before an incident ever happens can help. 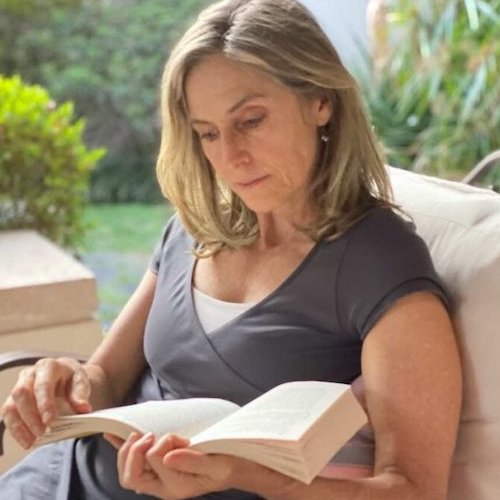 Feelings of compassion have been intensely visceral for me this year. It has made me reflect on books and podcasts that have influenced me in the far past and the near-present. Today I share a few that inspire compassion and insight that you can listen to or with your kids, or they can read or listen alone. 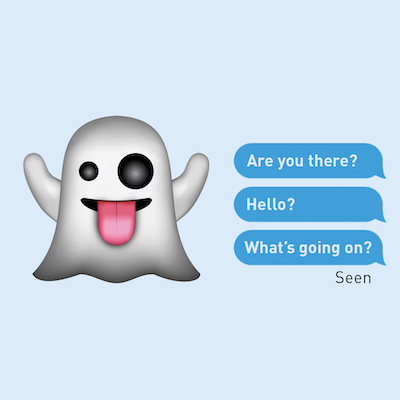 Failure To Close The Loop, Or Ghosted?

Online interactions can be the only clues to understand an interpersonal dynamic. Is someone not responding because they are busy? Or are they “Ghosting” you? Today I’m writing about “closing the loop” and other digital etiquettes. 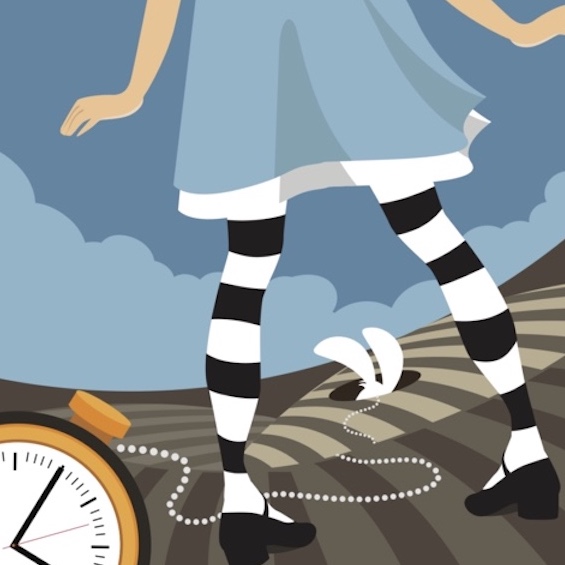 The Rabbit Hole of Social Media Just Got Deeper

I predict that based on the huge success of TikTok, the new similar features on Snapchat and Instagram are going to become very popular. Today I talked to some teens about these new services. 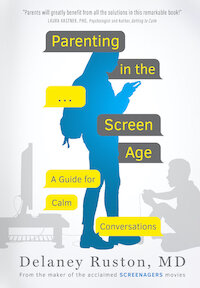