"Sit your kids down and watch this movie.  Sit on them if you have to.  It's a MUST SEE for anyone with kids in their lives!"
Martha Adams, Chief Creative Officer for Girls Rising

“We had over 350 people at our event!  Many parents came with their teens/tweens. …The research and suggestions in the film give families great tools for starting (or continuing) the conversation at home. Many people left with ideas they could easily implement right away.”— Jodi H. Asst. Principal, Eastview HS, MN 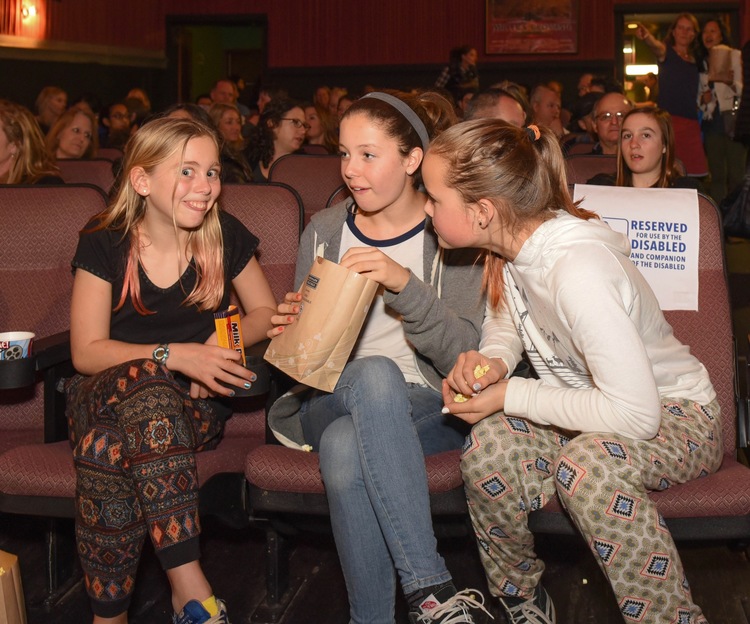 "I love this documentary. I've seen it five times and am passionate about getting it shown more. It was so well made, even high school students stay engaged. Within 67 minutes it touches on all the important topics and incorporates a great blend of research, presented in an easy-to-comprehend manner, and personal family stories that we can all relate to." - Erin L., School District Social Worker, CA

"I saw Screenagers two days ago at my son's school in NYC.  It was an incredible eye opener...the way it was presented got totally under my skin and pointed out exactly what we are dealing with in my family….this already has brought changes into our life." Kirsten R. C.  New York Parent

"I work in the technology world at Lucasfilm and as the father of two teenagers, I appreciate the challenges in maintaining balance in the access and use of technology. The screening was easy to setup and we had many Lucasfilm families attend the screening and discussion. We held the screening after work hours and encouraged parents to bring their kids. In the Q&A, kids opened up about their challenges with screen time and parents shared their struggles in maintaining balance with their kids' use of technology." Kevin Clark, Director of IT, Lucasfilm 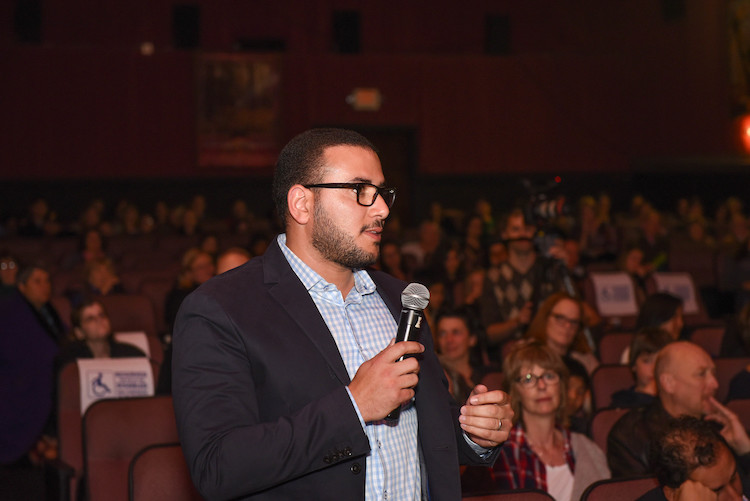 "I have been very concerned about this issue and as I'm a geneticist, I'm very interested in the science behind it. The film is REMARKABLE: thoughtful, provocative and beautifully filmed and edited."  — Beth T., Geneticist at UCSF Children’s Hospital

I wanted to thank you for your film.  I watched it with my 10-year-old son in Houston before spring break.  After we left the film,  he  decided he wanted to go 21 days without using any technology.  He thought he might be addicted, and that he believed technology was making him feel crankier and angry. He put up his iPad and Xbox and has reached his goal.  He set a new goal to go for 70 days without technology. This is how he spends his time now- ping pong, bike rides, drawing, fort building, reading and swimming. Thank you for making this film.  It initiated more creativity as his awareness developed of how technology was thwarting that part of him. Sara V., Houston, Texas

“Two screenings we held both sold out immediately. Based on the audience feedback it is clear this film resonates with parents and teachers who seek to find a balance with digital use.” Bridget Clark, Coordinator Ross Valley Healthy Community Collaborative

"I watched this movie twice, and was engaged and interested both times. It prompted a great discussion with my kids ... I also watched this movie with several colleagues and we had an excellent discussion around what we observe in our practice, what kind of guidance and advice we give, and what we do personally and with our families."  Nelson Branco, Pediatrician

"I saw the movie tonight and think it's great. It's current and timely given so many of the issues we face with our kids today and at Drake HS, such as cell phone use in the classroom" Dina L. Parent Club Co-chair, Drake High School, San Anselmo

"I saw Screenagers with my family on Wednesday night. The movie is wonderful. It was so great to have the girls hear all of the concerns about too much screen time come from someone other than Greg and me!" Maureen S., Mom, San Geronimo, CA 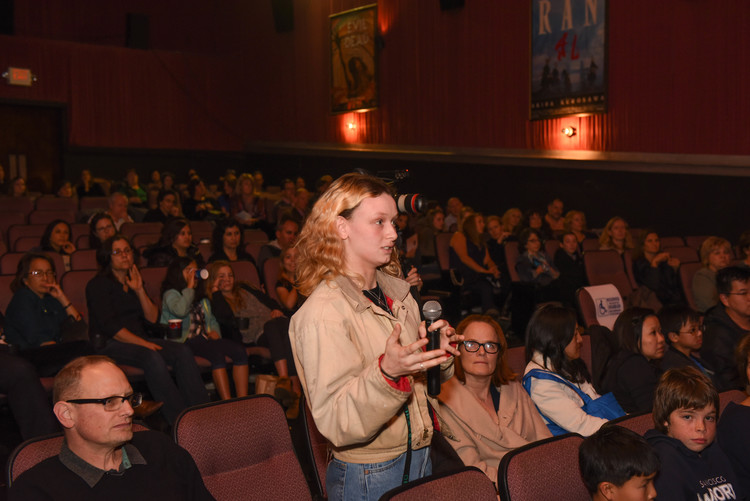 "At first, when I saw the trailer, I thought it was some sort of anti-technology-for-youth documentary. However, after seeing the film at my college I realized that the film is not anti-tech. The film follows interesting stories. The conclusions it reaches are ones I can relate to and I think are good for all teenagers, their parents and other adults." Elliot Darchis, age 18, Descartes College Paris, France

"Screenagers is a very balanced, sympathetic and sane look at the way millions of teens are struggling with phones and games and technology in general. In part by letting the teens themselves speak about their own concerns and solutions, Screenagers is deeply affecting, too."  Dave Eggers, Best-Selling Author, Publisher and Education Activist

"My 13-year-old son and I watched the film Screenagers together. The impact of the film was so great, that all on his own, when the movie ended, my son announced that he would voluntarily be relinquishing his computer for a week.  In the end, he was off completely for 10 days, and when he did get back on he started setting a timer and sticking to his own self-imposed time limits." Nancy B., PTA, Chair of Parent-Education MVMS PTSA

"I am so grateful I got to see this film in our own town theater full of local parents and their tweens in tow. After recent screenings at multiple venues in our community, the buzz is audible everywhere that parents gather lately.   The film really meets parents and young people where they are today, and thankfully informs without alarming, in a voice that viewers can actually hear without feeling lectured to or blamed. I truly appreciate the reflection this film encourages." Katherine C, mom, San Anselmo, CA

"I loved the movie! It taught me and my sister so much. We had a great discussion about it at home too."  Chloe B. 17-year-old 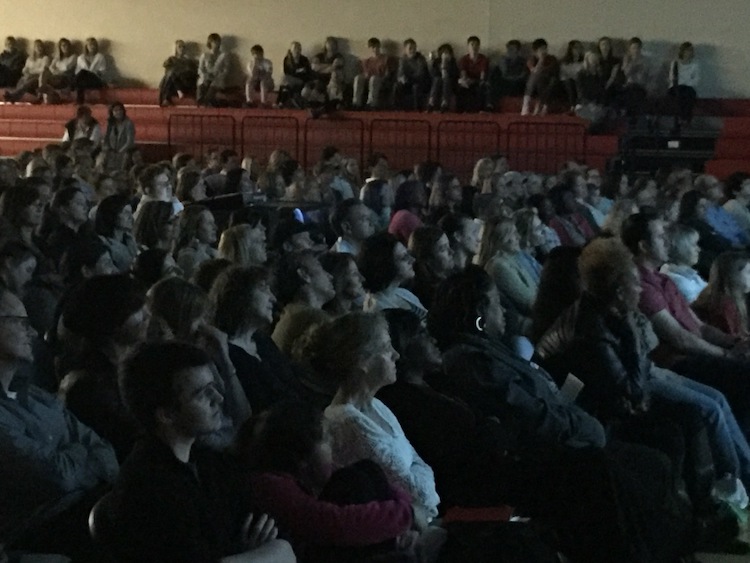 "Saw it last night & am thrilled to reference this film as a resource for families wrestling with this topic!  Thank You!"   Jen R. LMHC, Seattle WA

"Bringing my daughter to the movie has opened up a whole new level of dialogue between us, for which I sincerely thank you." Dilys Bart, MD, mom and physician from Mill Valley, CA

"I am a parent at IS276 and was at the screening. Great job in putting a film like this together. I also enjoyed having Simon there, I am familiar with his "Happiness" work and had the pleasure of seeing his Ted Talks about marketing from the inside out. I am a Rodan+Fields consultant and see his work often :) Best of luck moving forward! I have an 8th grade daughter and 6th grade son, so I could relate to how easily they can get sucked into the screens...myself included as I work from home! We all are a little more aware after seeing your film."  Tricia Demas-Anderson, New York

"I think this is the most important and rewarding film that has immediately useful and beneficial information for all of us...I would like to see this film shown in every school. Then let's have the discussion on how do we talk with one another and understand the world today." Kit Burns, Father, Tacoma WA

"A parent shared that her friend and friend's daughter saw the film at our first screening the night before. Her friend's daughter was very quiet on the way home and then told her mother that, because of the movie, she thought it was best if she started to limit her screen time. She said that the movie had a real impact on her and she was really starting to think about her use of social media. I can't imagine a better reaction!" Jocelyn D., Principal, New Jersey 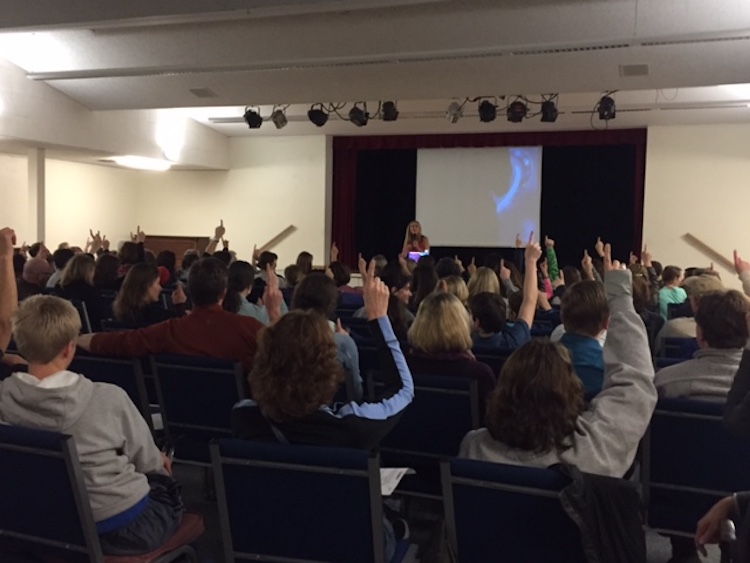 "The humorous but sobering 68-minute movie...examines the impact of the time the average kid spends each day looking at screens NOT including homework — a whopping 6.5 hours — as well as the way screen use is affecting concentration, development and family relationships. Each screening of the movie “sold out” within hours, reflecting how concerning the issue of adolescent digital screen overuse is for Brookline students and parents."— Karen Campbell and June Harris, B-PEN co-coordinators

"This movie is very thought provoking—I recommend your school, town library, church or community group look into renting and hosting a showing and discussion! We just did on Long Island, Maine and will continue with further discussions." Cindy Perkins, Long Island, Maine

"Screenagers is very informative and I liked how it included video games in the movie. I saw the film at my science camp this summer." —Eshan Tivakaran, 15 years old, Plainview NY

“I got my daughter's feedback on the movie and I want to thank you and your team! She learned a lot and has requested restrictions on her phone usage. I’m really happy for you and the success of this project and grateful for its impact!!"  Amy S. School Administrator

"Just wanted you to know that your movie has the attention of most of the important people in my community. You have conquered Marin! It's making a huge buzz...." Michelle G., Educator, Parenting Coach & Mindfulness Educator 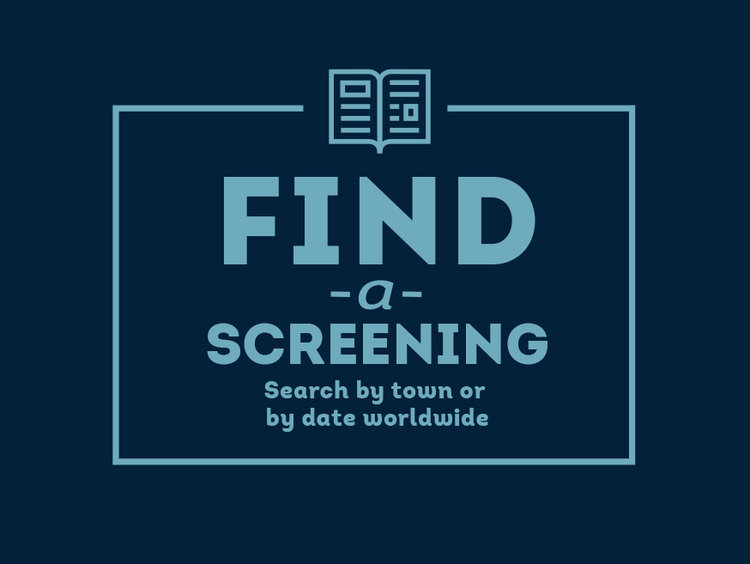 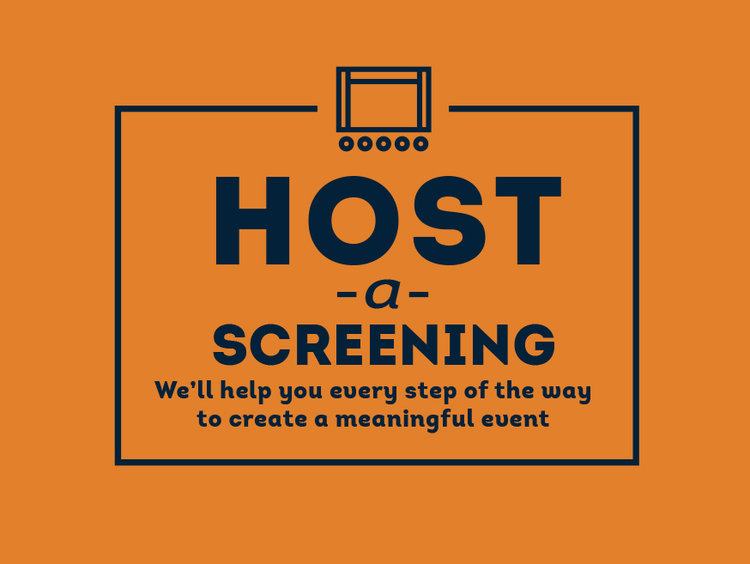 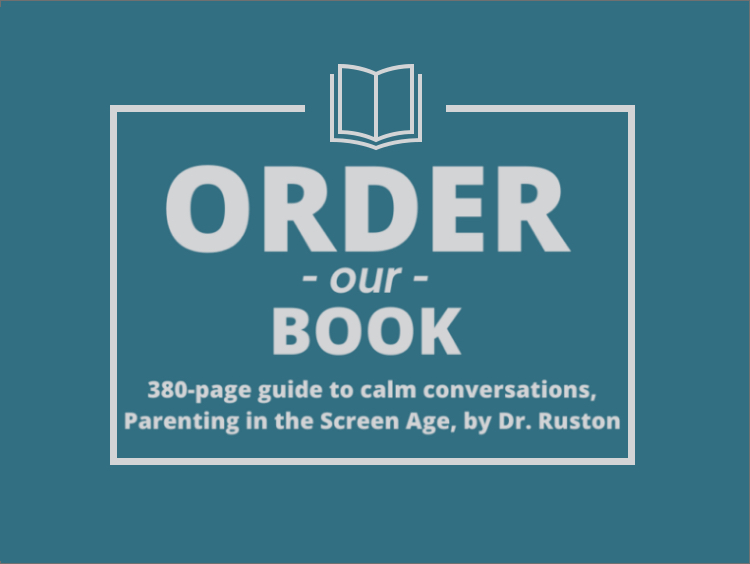 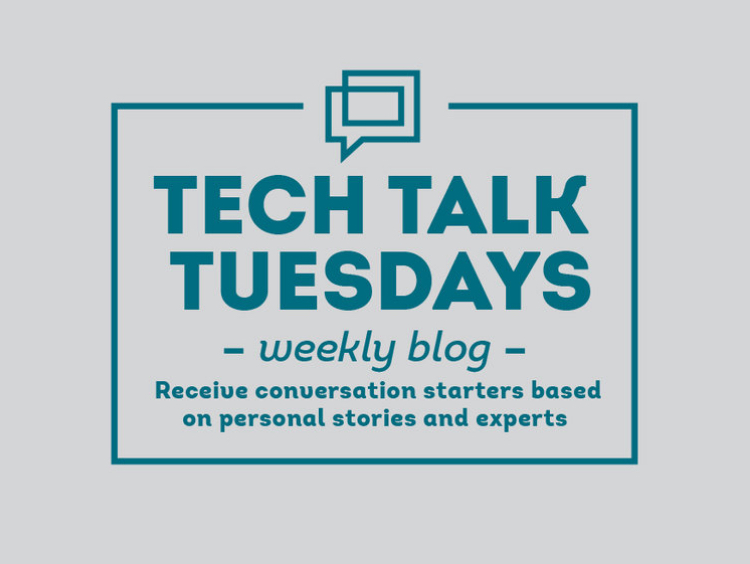 About
ScreenagersScreenagers: Next ChapterFilmmaker: Delaney Ruston, MD
Screenagers
Find A ScreeningHost A ScreeningBlogPodcastBookResources
Company
Contact UsPress
Newsletter
subscribe to tech talk tuesdays
Sign up with your email for our weekly newsletter
Thank you! Your submission has been received!
Oops! Something went wrong while submitting the form.
Screenagers © 2022